As black people came to Ontario, they often found existing white towns and villages hostile. With the system of land grants offered to Loyalist fighters, some black title-winners were given less-than-enviable land - sometimes swamp, thick forest, and rocky ground. Black settlers who followed along after often chose to congregate around people who looked the same, and black settlements began to spring up where several land grants sat beside one another. 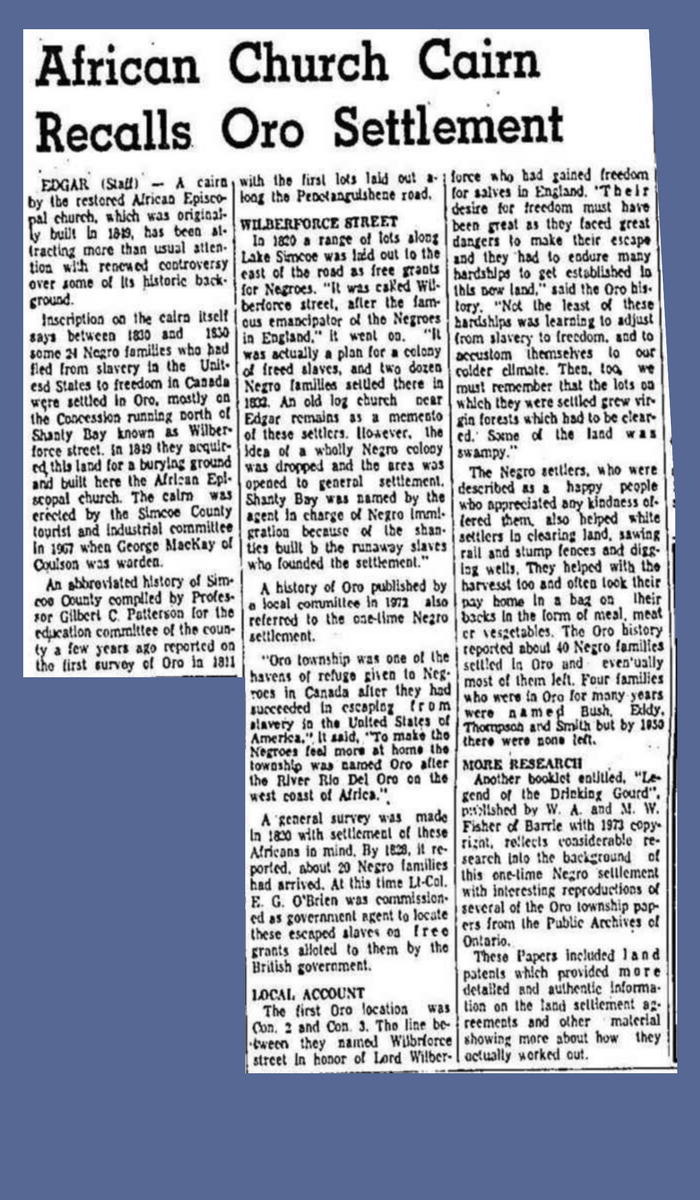 The Oro Settlement, also called the Wilberforce Settlement, is near present-day Barrie, off Georgian Bay. It was the only government-sponsored black settlement in what was then Upper Canada, created to give land grants to Loyalists who had fought in the War of 1812. Its actual purpose was to position war veterans in a place to defend attacks landed in the Bay.

People lived mostly along Wilberforce Street: nine residences were built in the first phase, from 1819-1826, and another wave in 1828-1831 resulted in a peak of 100 community members. Some were veterans of the Coloured Corps operating out of the Niagara area, founded during the War of 1812. Some were settled in the area especially by the government, to both farm and form a new corps to defend Georgian Bay. Some were former slaves of the Canadian colonies and of the United States.

The Oro Settlement was one of the earliest Black settlements in Ontario. It was not the largest in Upper Canada, but it was the only one that resulted from government planning and encouragement....

Population declined, however, as farmers left, discouraged by the poor soil conditions and harsh climate.

The Wilberforce Street residents were among the first permanent agricultural settlers in the area. Some of their descendents remained in Oro Township for nearly 130 years and in other parts of Simcoe County to the present.

In 1820, when the township was first surveyed, it was apparently the intention of the government to de-vote it, all except the first concession, which was already settled, to the purposes of a Negro settlement. The name 'Oro' is of Spanish origin, first transplanted to Africa - the Rio del Oro on the West coast - and from there transplanted here.

Nothing was done, however, about the settlement until 1830 when Col. O'Brien was appointed a commissioner to look after it. It seems probably that in the beginning it was thought that a much greater number would come than actually came. Comparatively few came - some 20 families - most of the refugees preferrng, very wisely, to settle in the southwest corner of the province, around Chatham, in a more congenial climate. In 1849 this church was built....

- Ernest C. Drury, former premier of Ontario, in a speech about Oro, on the centennial of the African Episcopal Church, in the Barrie Examiner, 1949 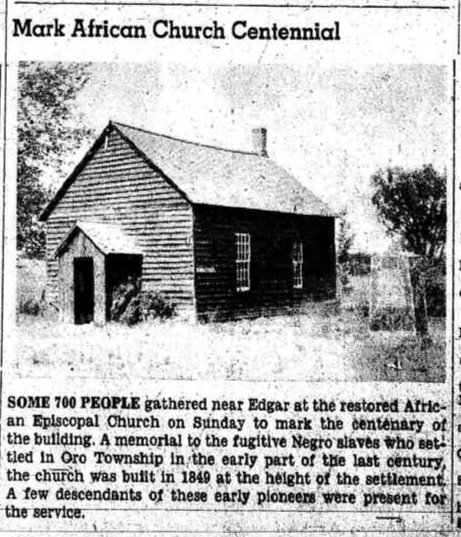 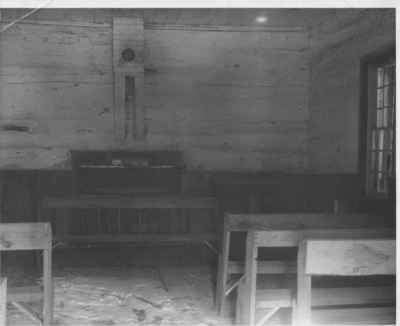 The interior of the African Episcopal Church at Oro, around 1950. Courtesy the Orillia Public Library. [Learn More]
The Garafraxa Settlement 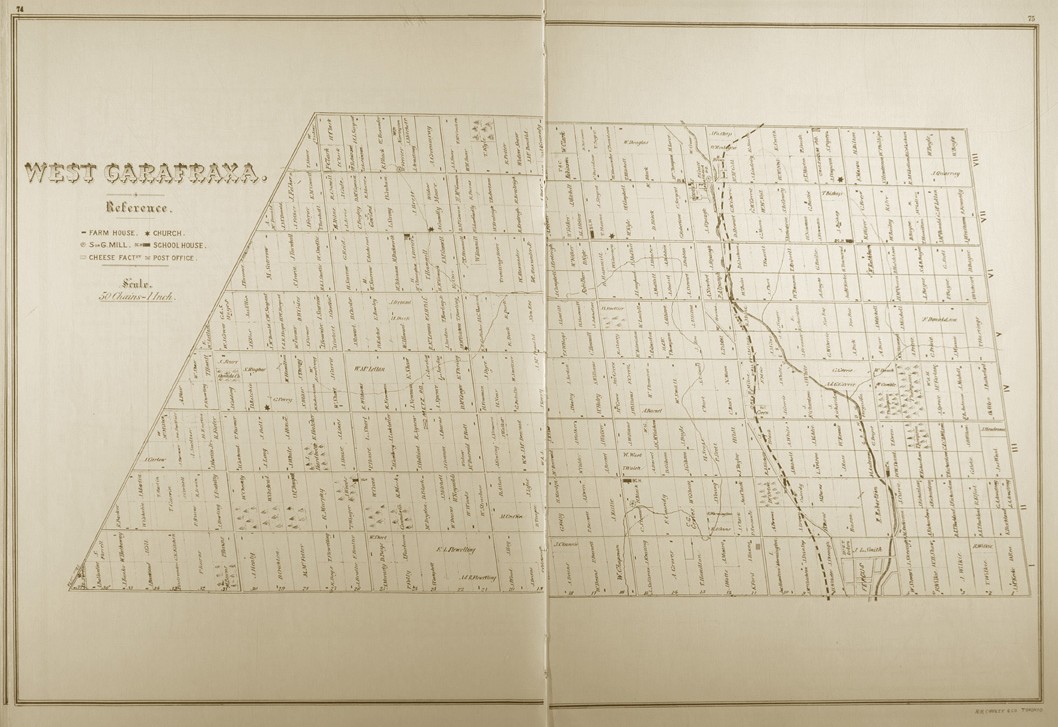 The atlas containing this map of West Garafraxa was published sometime between 1874 and 1881, and includes a number of land grants to black settlers. The digitization project by McGill University includes a generated list of every settler with a land grant: for West Garafraxa, you can view this list here.