Black people have lived in Canada since in the 1600s, and in Ontario from the 1700s onwards. Records were not as well-kept back then, but there are generally three groups of Black immigrants to Canada: slaves brought to French colonies in service to French settlers, and slaves brought to British North America in service to English settlers; Loyalists who fought with the British and were granted Canadian land in thanks; and slaves who escaped from their captors in America and Canada.

The first Black slaves were brought to New France in the early 1600s. We call the practice chattel slavery - "people were treated as personal property that could be bought, sold, traded and inherited." 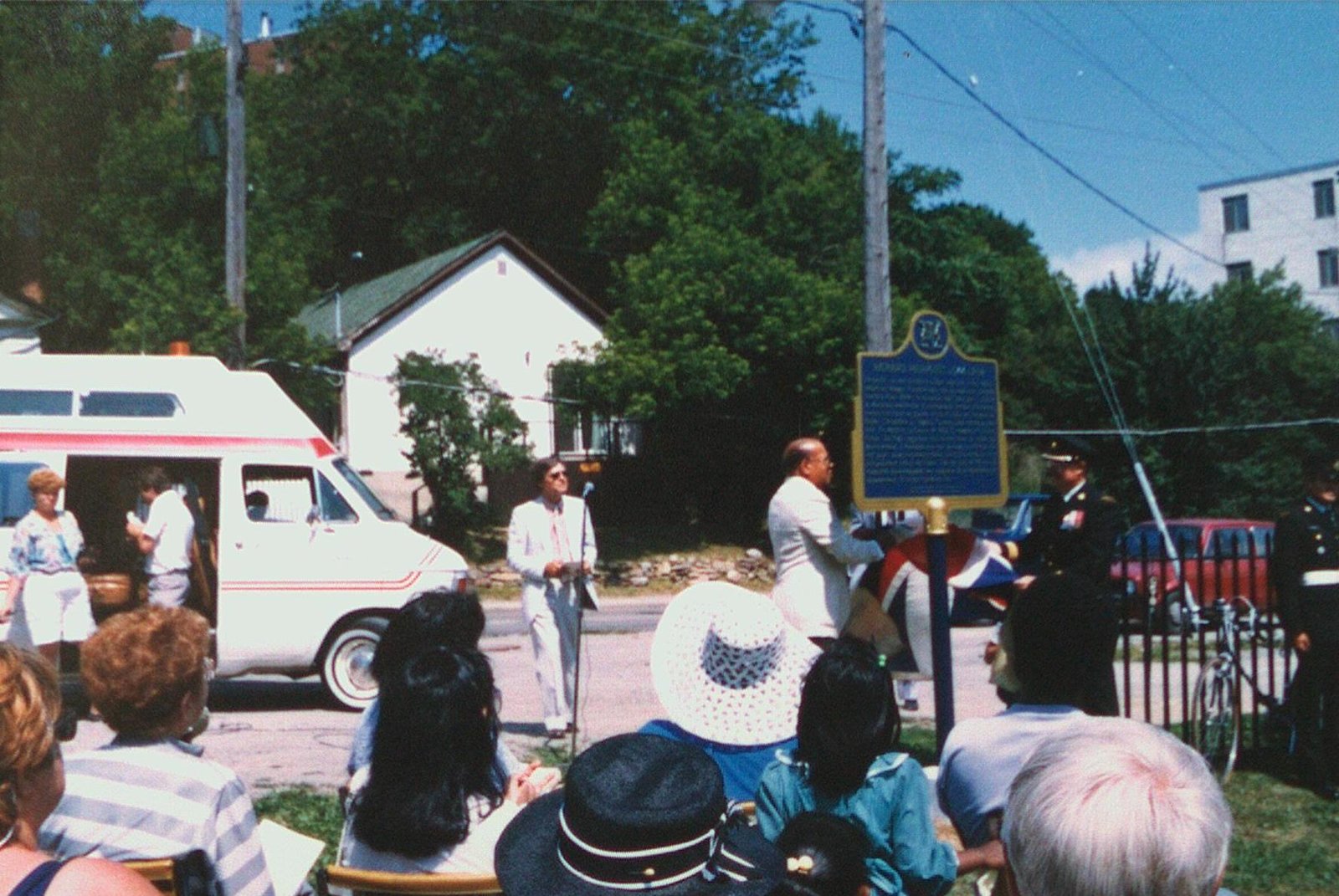 Richard was born in Bundu, Senegal, Africa, was taken at 16, arrived in America about 1760, and became the slave of a British officer named Pierpoint. Richard later served in Butler’s Rangers and arrived in Upper Canada as a Loyalist about 1780. In June, 1794, he and 17 other free Negroes made a land petition that was not granted. In 1812 he proposed the raising of a corps of coloured men. His offer was refused but a corps was raised by Captain Robert Runchey. Richard may have served in 1812 at the Battle of Queenston Heights and 1814 at the blockade of Fort George and the Battle of Lundy’s Lane. He may also have helped construct Fort Mississauga (PIE). He was recorded an 1820 Return for Corps for the last quarter of 1812 as a resident of St. Catherine’s (CC1). One surviving payroll recorded that he served from Apr. 25 to July 24, 1813 (CC2). His name was recorded on an undated muster roll for the Artificers Corps (CC3). He was entitled to a 100-acres land grant but petitioned in 1821 for passage back to Senegal instead but his petition was denied (PIE). Richard Peerpoint, a resident of Grantham Twp. and a private in the Coloured Corps, received 100 acres on the east half of Lot 6, Con. 1, Garrafraxa Twp. on July 30, 1822 and the patent on September 22, 1826 (MG2335). He still held title to this land at the time of his death (PIE).

- text from The Coloured Corps and Corps of Artificers History and Muster Roll At the Time of the War of 1812 compiled by Fred Blair, courtesy the Trafalgar Township Historical Society Digital Collections. Read More.

The Coloured Corps that Richard Pierpoint suggested at the time of the War of 1812 was organized by Robert Runchey and sent out to a variety of battles in the Niagara region.

Research on the Coloured Corps was assembled and published by Fred Blair, and is shared by the Trafalgar Township Historical Society. You can read the full document here.

You can also read about the Coloured Corps, which was disbanded in 1815, on the Niagara Green Belt website.