By the beginning of the 1800s, there were a few distinct black communities in Canada: there were many enslaved black people working for settler and Indigenous slavers, and there were several communities of freed black people and their families and descendants. These free people had been granted land for their service to the Crown. From the 1760s onwards and throughout the 19th century, a third group grew: escaped slaves - from Canada as well as from the United States to the south.

Black life in the 19th century was tainted by the stigma of these stories. Even after slavery was abolished in the British Empire in 1834, many white settlers in Canada continued to believe that black people were lesser than themselves, and to treat them as such. Laws were enacted to keep black and white people segregated, and many white communities took action to keep black people poor and limited in opportunity.

Black people were not offered the same opportunities to get education, not even primary school, and they were often employed in low-paying jobs similar to the work that black people had performed in slavery: domestic service in great houses, chauffeurs and drivers, manual labour including farm labour, skilled trades such as blacksmithing, and serving their own communities as teachers, shop owners, and retail deliverypeople. 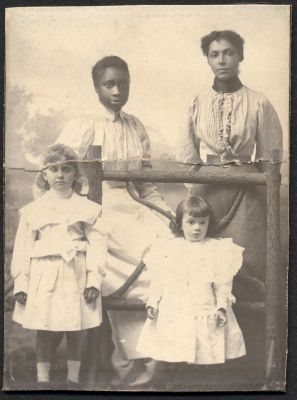 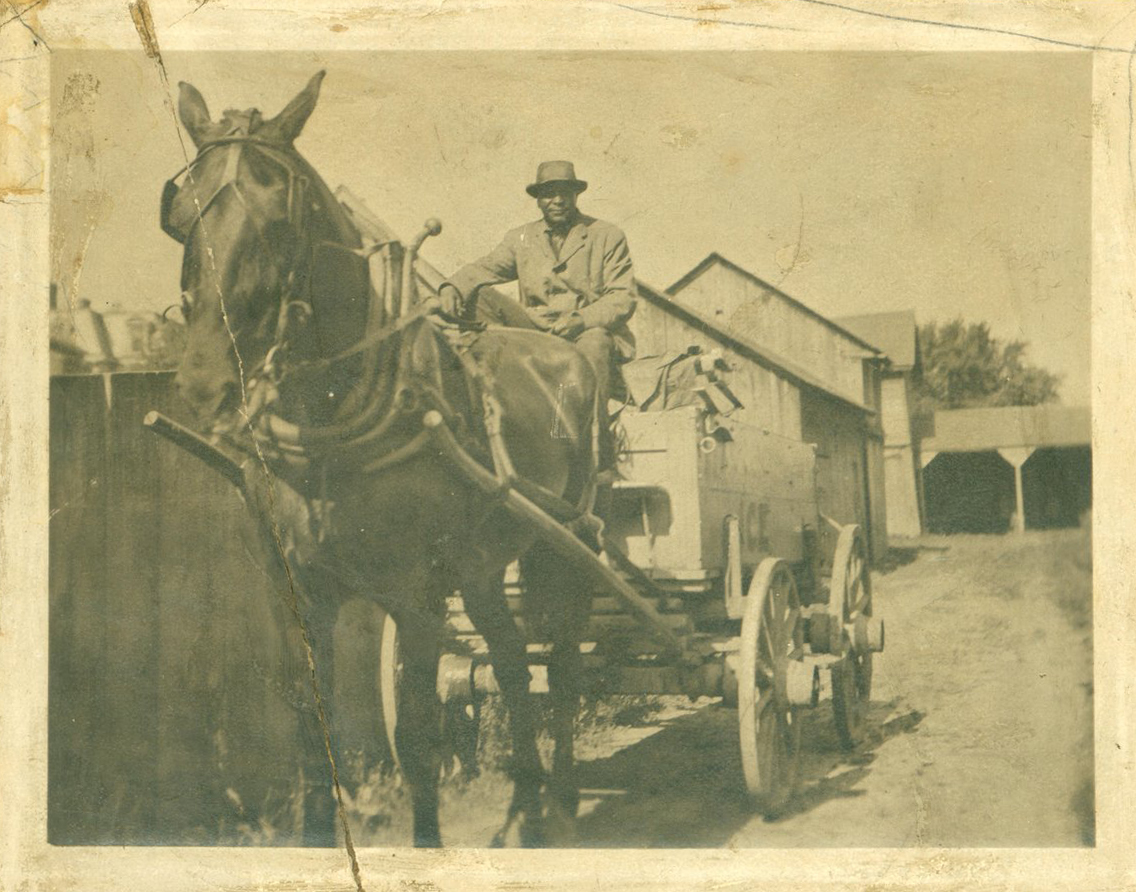 Charles Bell, with his horse and cart, who ran an ice and coal business in St Catharines, in the late 19th or early 20th century. Courtesy the Brock University James A. Gibson Special Collections & Archives. [Learn More]

Despite this, black communities grew and thrived. Many new settlements sprang up and many families, now several generations settled, prospered. Way of life varied: some places investigated the possibility of self-sufficient economies, and others tried to integrate with nearby white settlements. Many children moved to cities to find work when they grew up, making Canada's urban areas more vibrant and diverse.

After the American Civil War ended in 1865, thousands of escaped slaves returned to their country to rejoin their families and friends. At the same time, newly freed black people continued to travel north and settle in Canada to escape ongoing persecution and racism despite the change in their legal status.

Happily for us, black prosperity resulted in some documentation that shows us what life looked like back then. Here are a variety of late 1800s portraits and family photographs taken in professional studios, showing the way people looked and dressed in Ontario and the United States at the time. There is more information about some of these photos, and where they came from, on the upcoming page about the Bell and Sloman families of the St Catharines area. 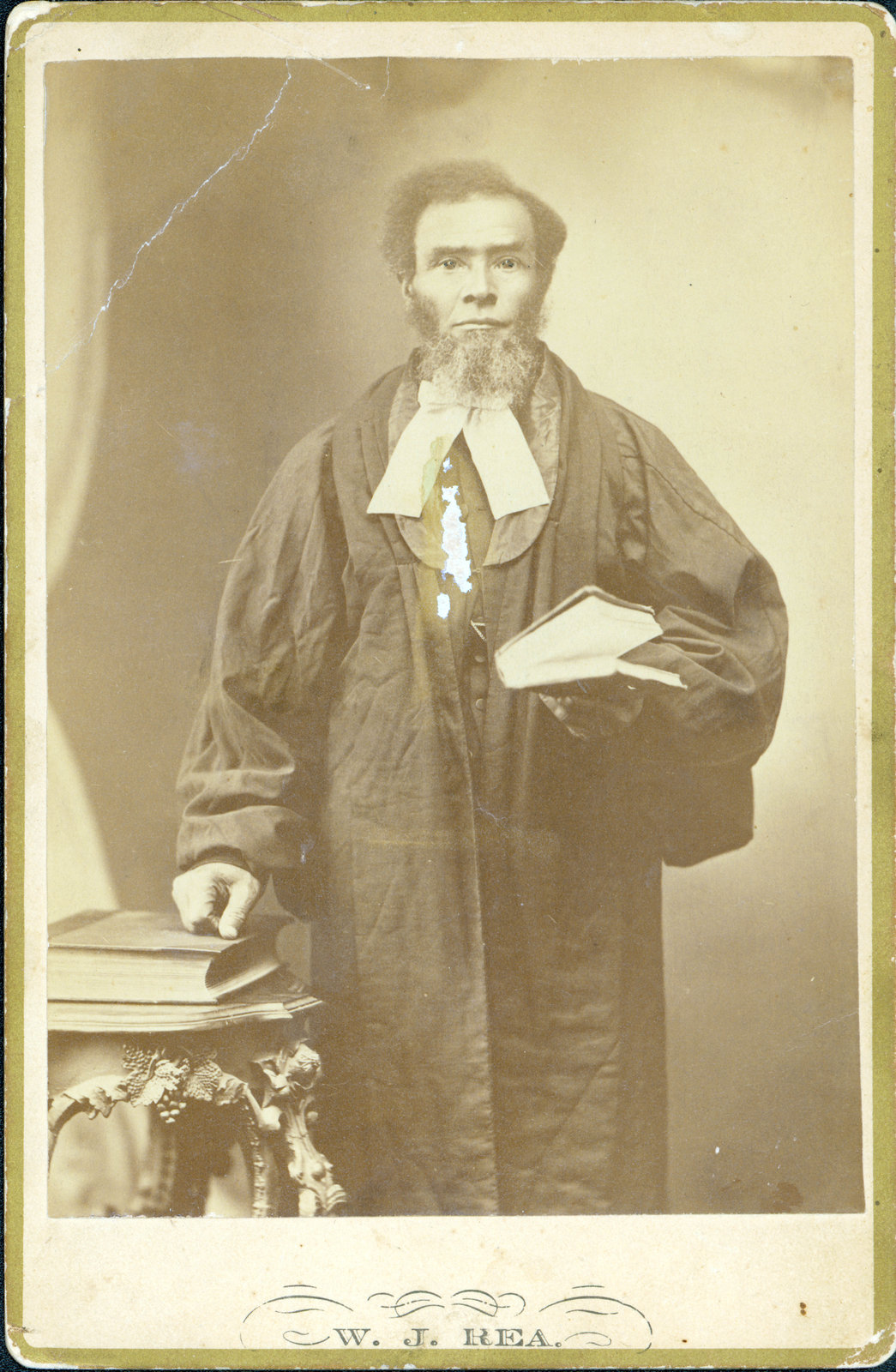 This man appears to be in official dress, possibly of a religious or legal nature. It is likely from the 1870s or 1880s.
Courtesy the Brock University James A. Gibson Special Collections & Archives. [Learn More] 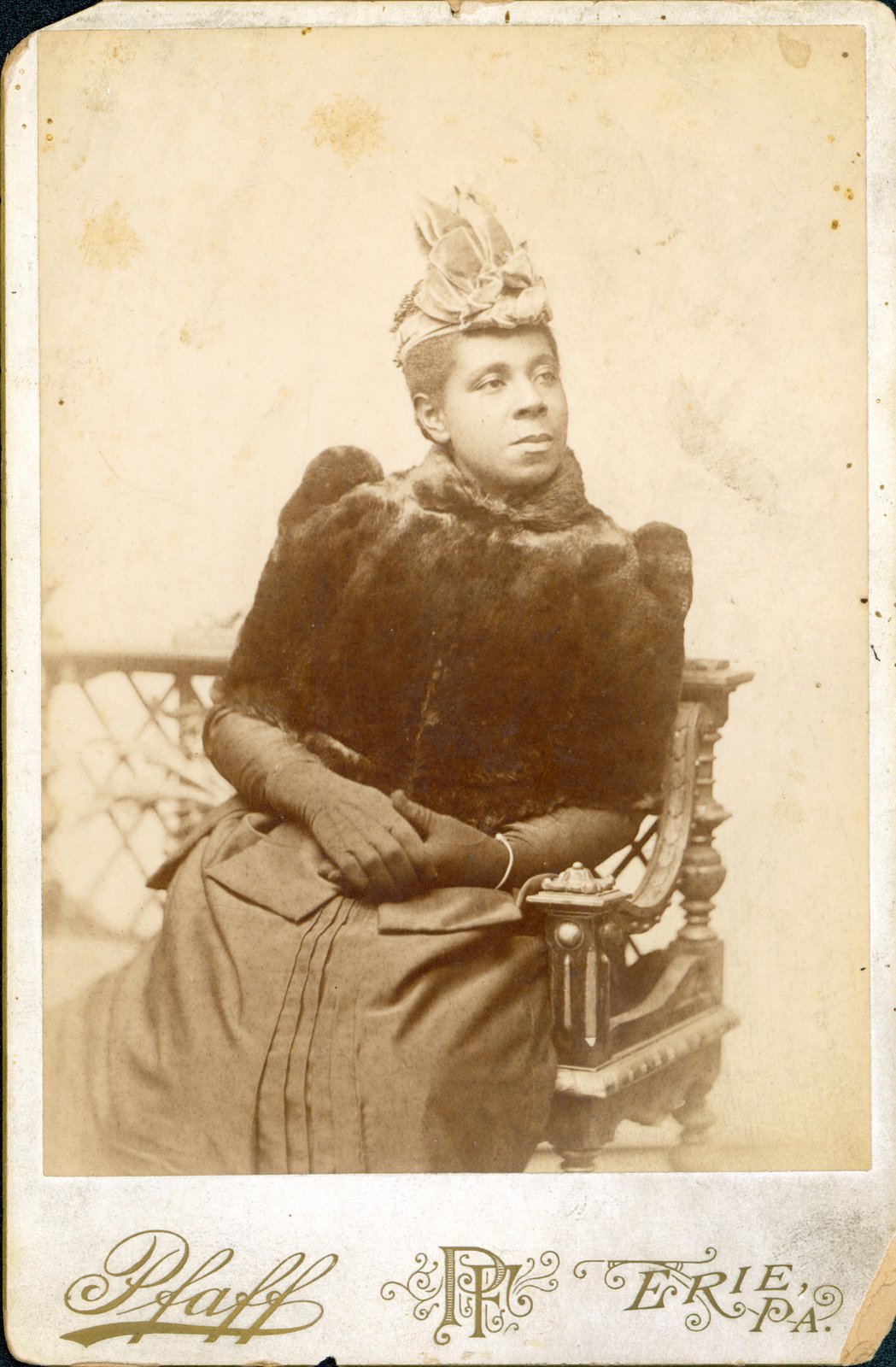 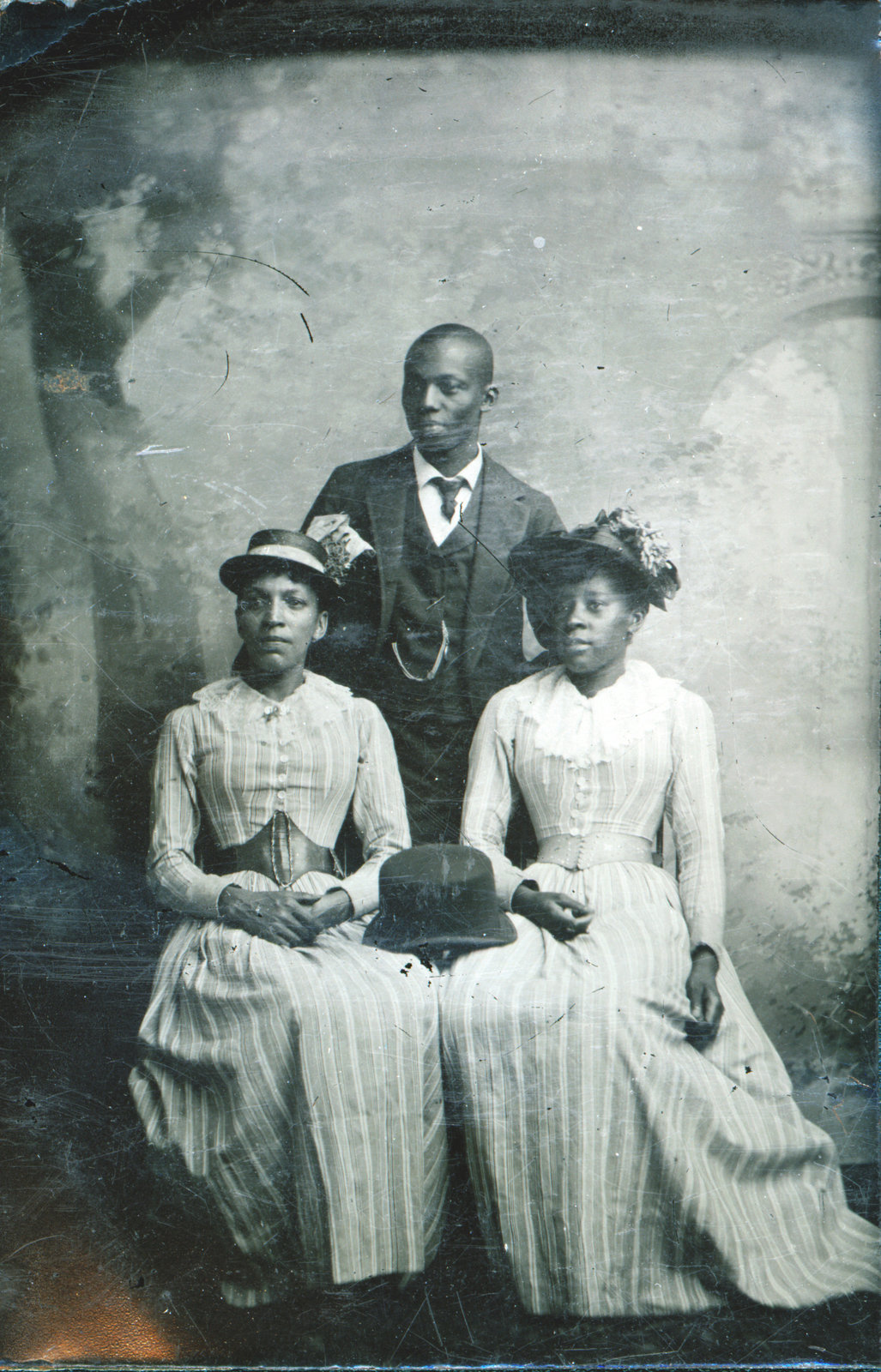 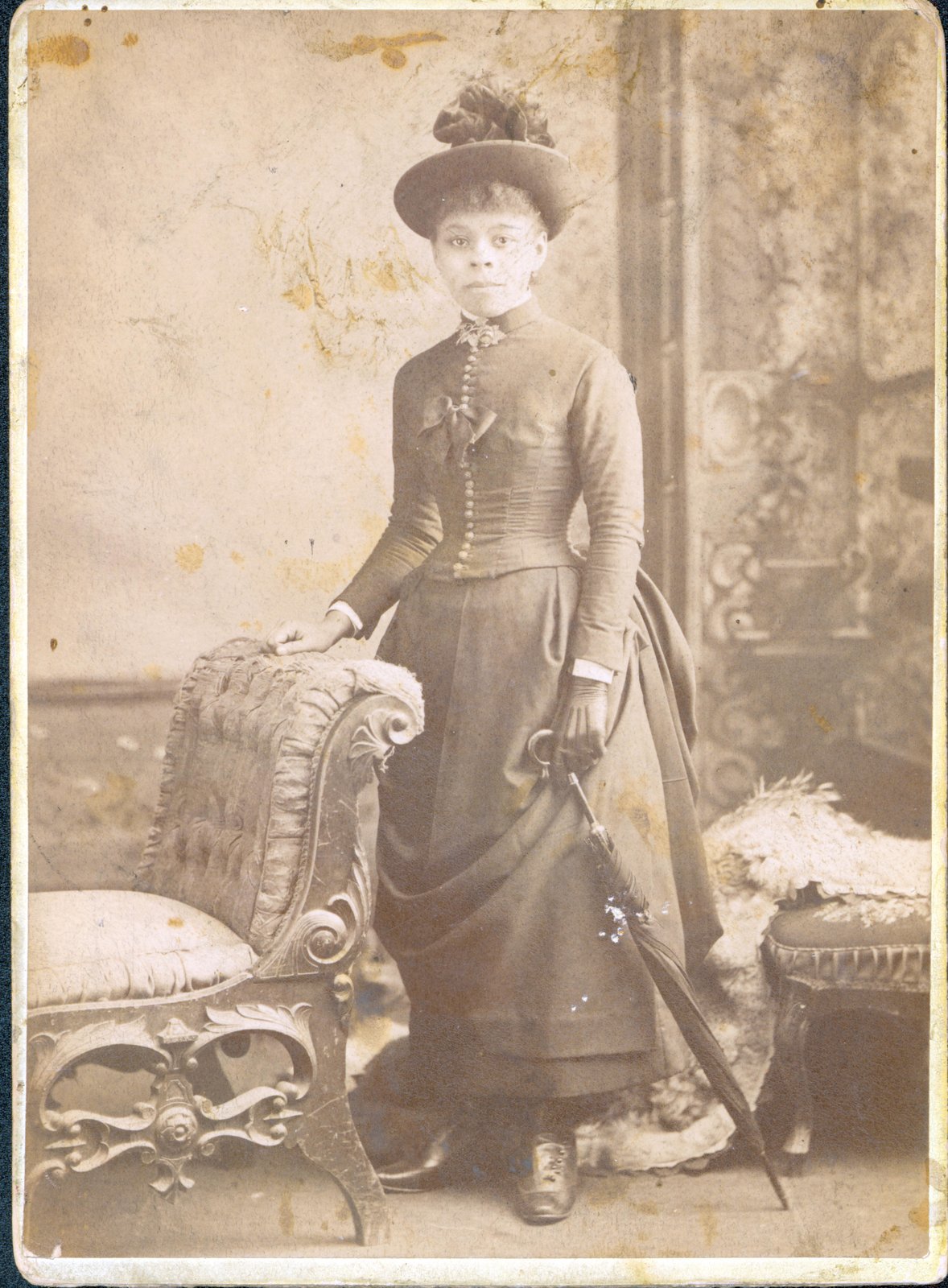 A cabinet card portrait of a young Mary Tyrell (later Bell). The photograph is believed to be from the 1880s or 1890s. Courtesy the Brock University James A. Gibson Special Collections & Archives. [Learn More] 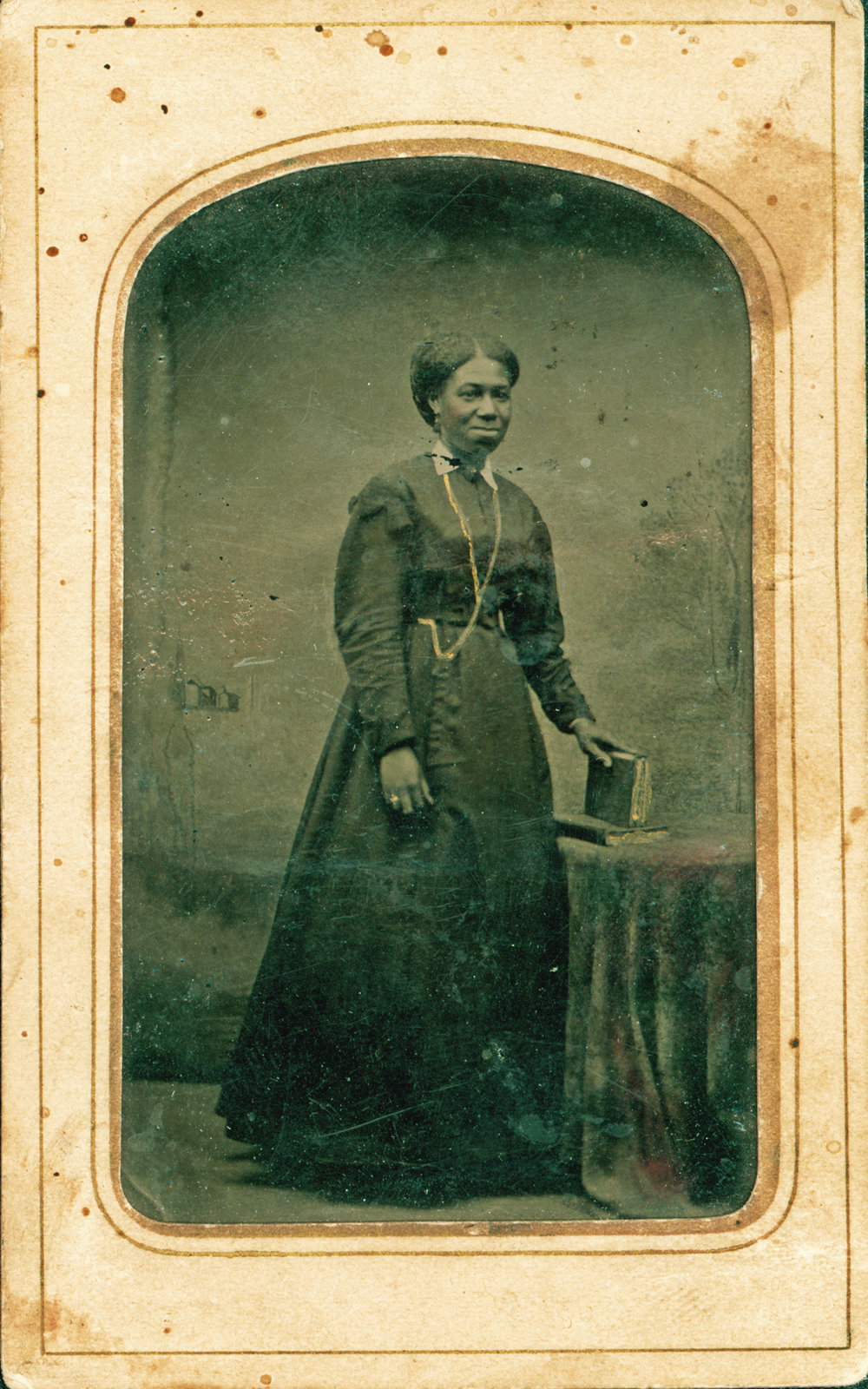 A woman standing with a book beside a table covered with a decorative cloth is featured in this small black and white tintype photograph. Courtesy the Brock University James A. Gibson Special Collections & Archives. [Learn More] 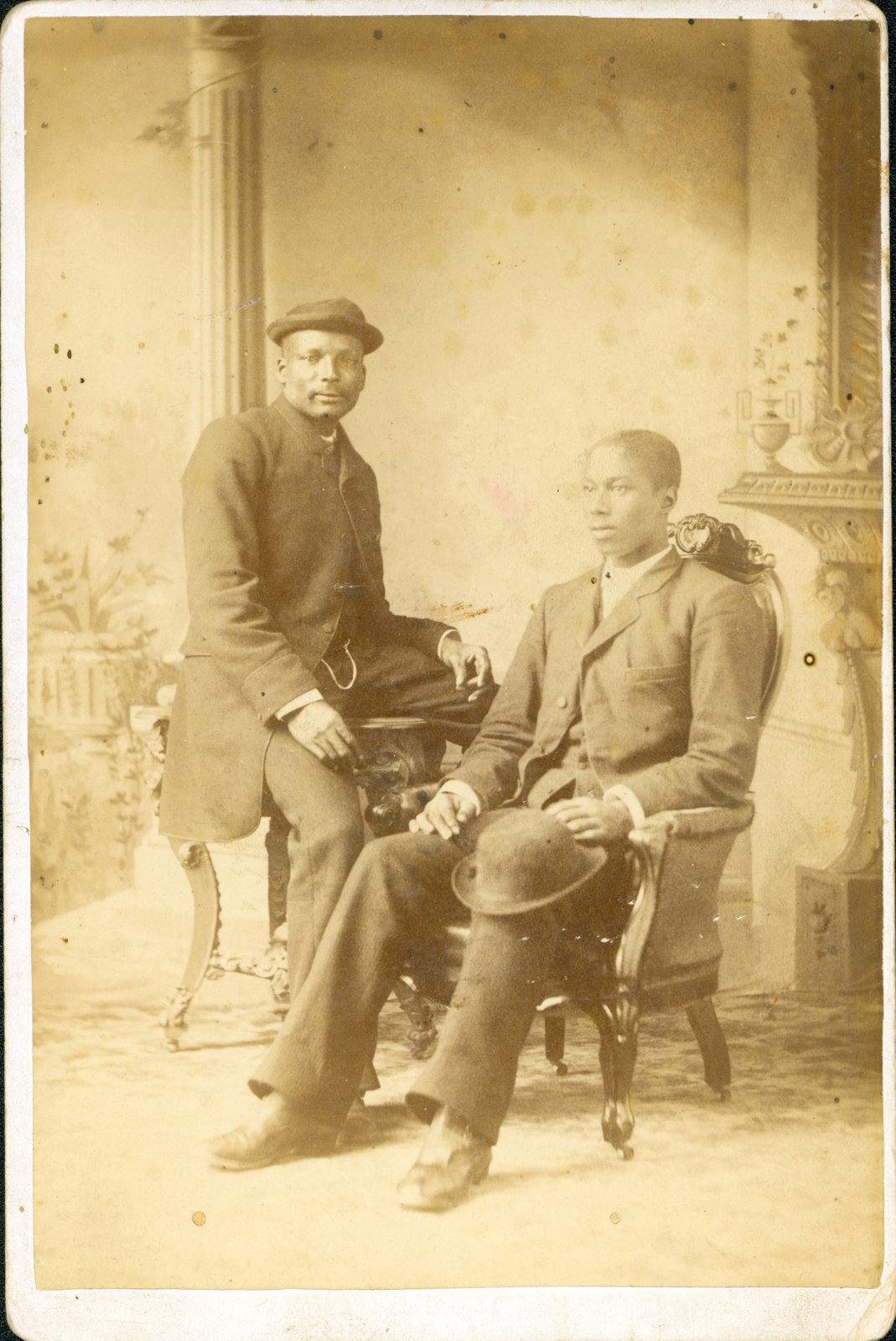