Slavery was abolished in Canada on August 1st, 1834, when it was made illegal across the British Empire. This is known as Emancipation Day now. It is celebrated across Canada but especially in Ontario, where communities have parades, block parties, and festivals celebrating black culture and accomplishments. Up until then, humans were still held in bondage and considered to be property, although the selling and trading of slaves was made illegal in Canada in 1807.

As we have learned, at the beginning of the 19th century there was a mix of enslaved black people working for settler and Indigenous slavers, and free black people who had been granted land for their service to the Crown.

After 1834, Canada began to see a third black population: escaped slaves from the United States of America, where slavey was still legal and widely used.

Although slavery was illegal in Canada, newspapers still carried advertisements placed by American slavers looking for their escaped slaves. The promise of a money reward could convince people to turn in their neighbours and coworkers.

Canadian publishers often stayed silent on the question of slavery, although as late as 1902 some newspapers were still writing about slavery as a superior way of living - see the Fenelon Falls Gazette, below: 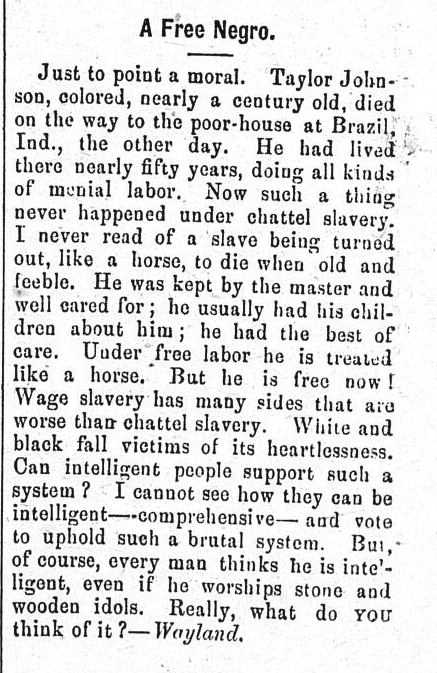 Recorded history in Ontario generally plays up the tolerance and nobility of white settlers in accepting and even protecting their black neighbours. One such example is also in the Niagara region, where an escaped slave named Solomon Moseby was saved from repatriation to America for punishment:

See also the typewritten story to the right of this text, which is a portion of a woman's memories who was alive at that time.

Throughout the 19th century, newspapers continued to delight in telling stories that created prejudice against black people, continuing to push centuries-old stereotypes about black men being quick to violence. In 1884, The Liberal in Toronto printed this story about a woman's claim in Atlanta, Georgia: 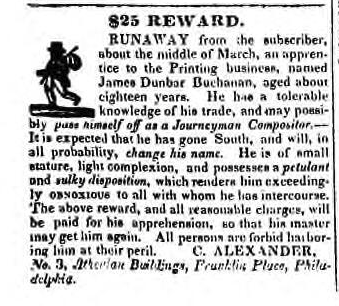 From the British Whig, Kingston, ON, May 1, 1835. Courtesy the Kingston Frontenac Public Library. [Learn More] 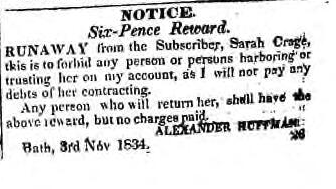 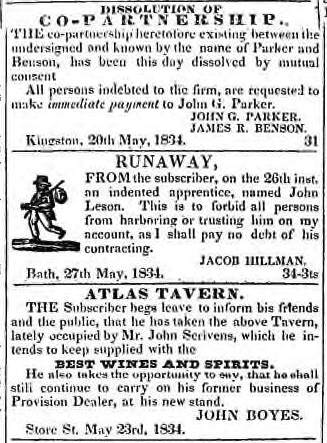 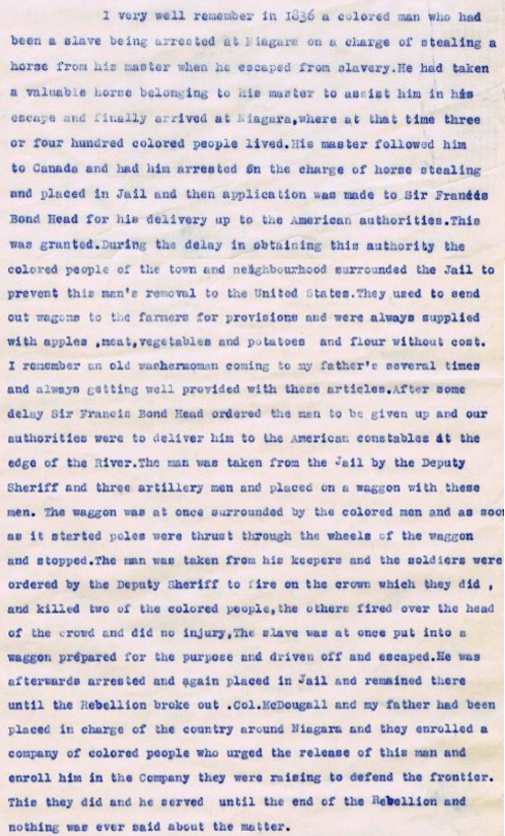 From pages 14 and 15 of the typewritten memories of Francis Ramsay Ball (1828–1913).
Courtesy the Niagara Historical Society Museum. [Learn More]
Back to Exhibits → Previous → Next
Powered by / Alimenté par