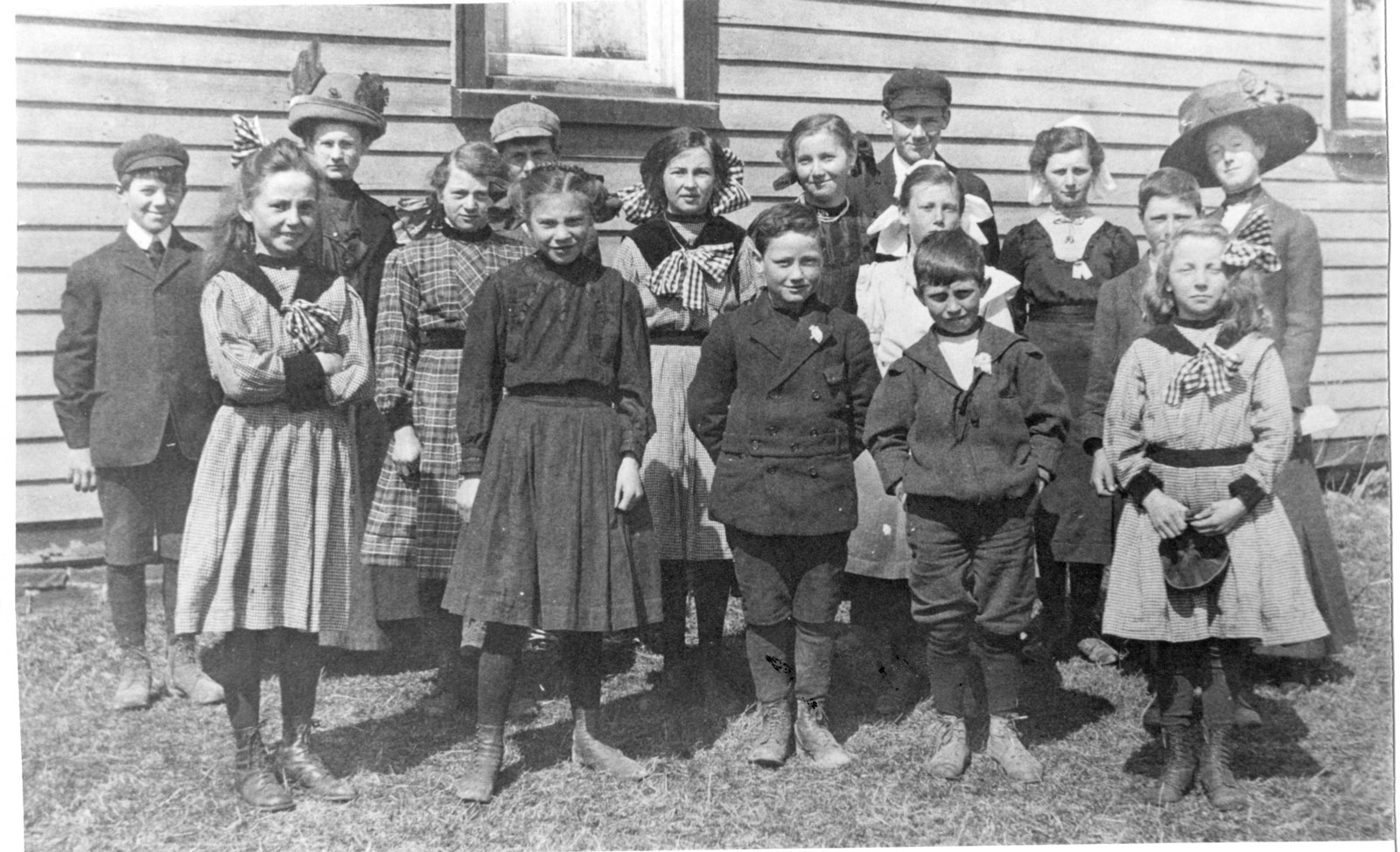 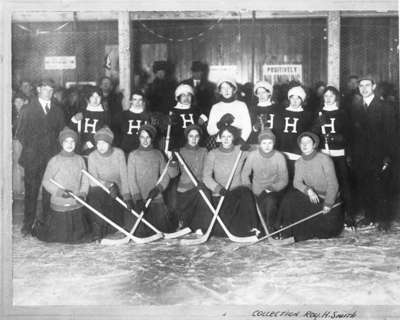 The Whitby Girls Hockey team and the Hailybury team at the Haileybury Arena, 1911.
Courtesy the Whitby Public Library. [Learn More]

Daily life for women after 1900 changed rapidly, not just due to new technologies and progressing politics but from the economic revolutions after two World Wars.

New training and jobs opened up while male breadwinners were overseas fighting; in the Second World War, women were allowed to serve in a larger variety of jobs and were able to see combat as well. Women served in the military in traditionally feminine jobs, such as nursing and secretarial work, but also were made ambulance drivers, communications experts, and administrators.

When the Wars were over, women with new experiences of working lives were hesitant to give back those roles and move back into homemaking; employers were more ready to employ women permanently after the wars caused such large-scale losses to the labour force. This ended up being one of the most significant changes ever to the North American settler economy and to the daily way of life for its citizens.

At the same time, women were working actively for greater rights. In the 20th century campaigns won: the right for white Christian women to vote at local, provincial, and national levels; the right to stand for political positions; and, eventually, the expansion of these rights for women of all races and religions. Women across Ontario worked for changes to the public school curriculum that would teach science and practical skills useful for running a household. Women organized on issues important to them as well, such as being heavily involved in the temperance movement, which made alcohol illegal from the late 1800s until the 1920s across most of Canada.

While women who owned property were able to vote in some cases by 1900, it took as long as 1960 for Indigenous women to get voting rights with the creation of the Canadian Bill of Rights. Ontario women received the right to vote in 1917, after the western provinces; in 1918, settler women won the federal vote. Japanese and Chinese Canadians had their voting rights removed in British Columbia by the 1920 Dominion Elections Act, but received them back in 1948.

Women were able to see new employment and education opportunities open up for them even in the rural parts of Ontario. For example, by 1905, Lily Faulkner had taken over her uncle John Crosby's photography studio in Sundridge and began producing portraits, landscape, postcards, and candids of her surrounding community. See for example some of the photos in the wonderful Portraits of Sundridge exhibit in the Almaguin Highlands Digital Collection. The exhibit includes teachers, midwives, families, children, and couples. 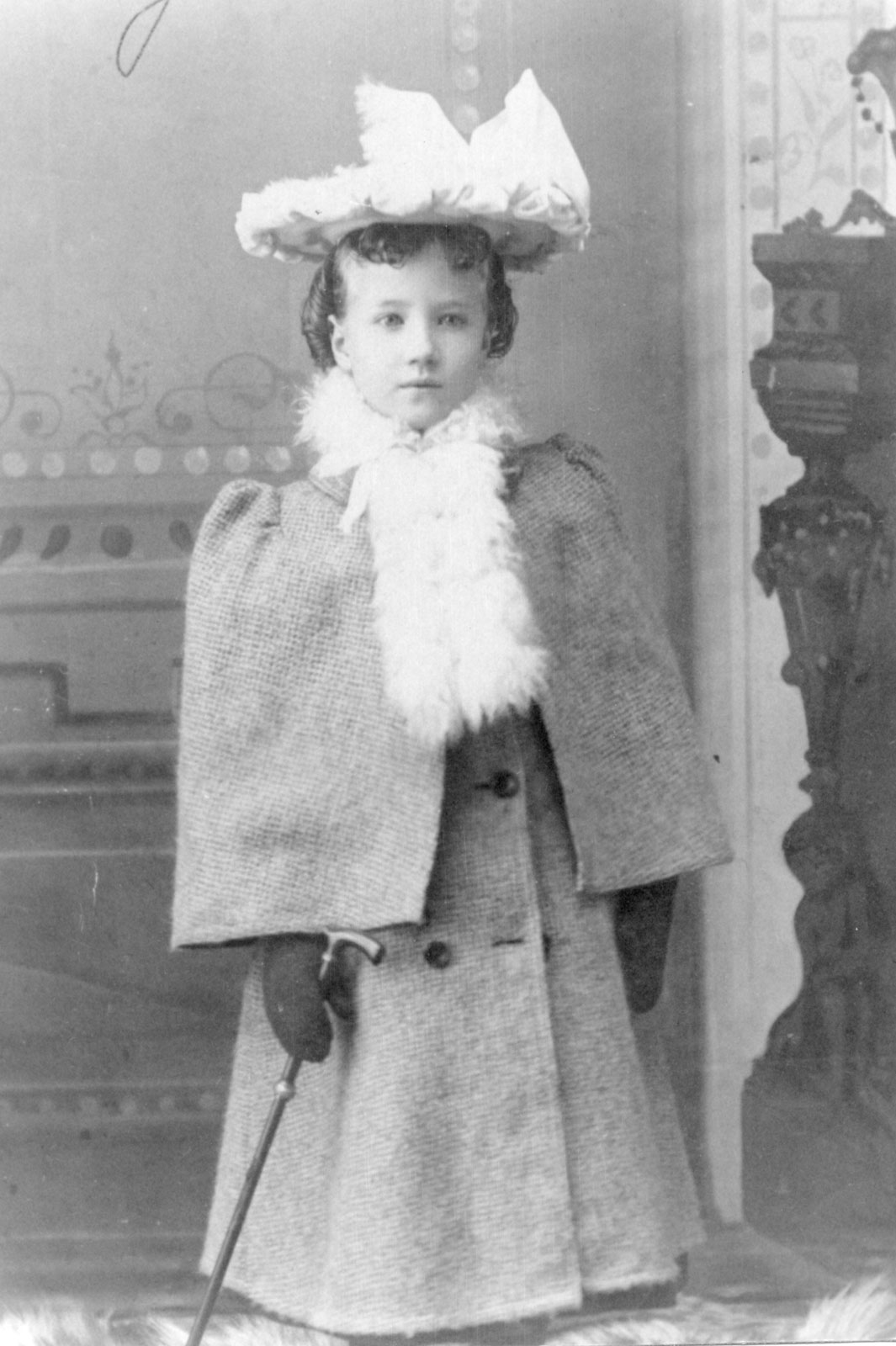 Lily Faulkner as a child, captured by her uncle in his photography studio.
Courtesy the Sundridge - Strong Union Public Library. [Learn More] 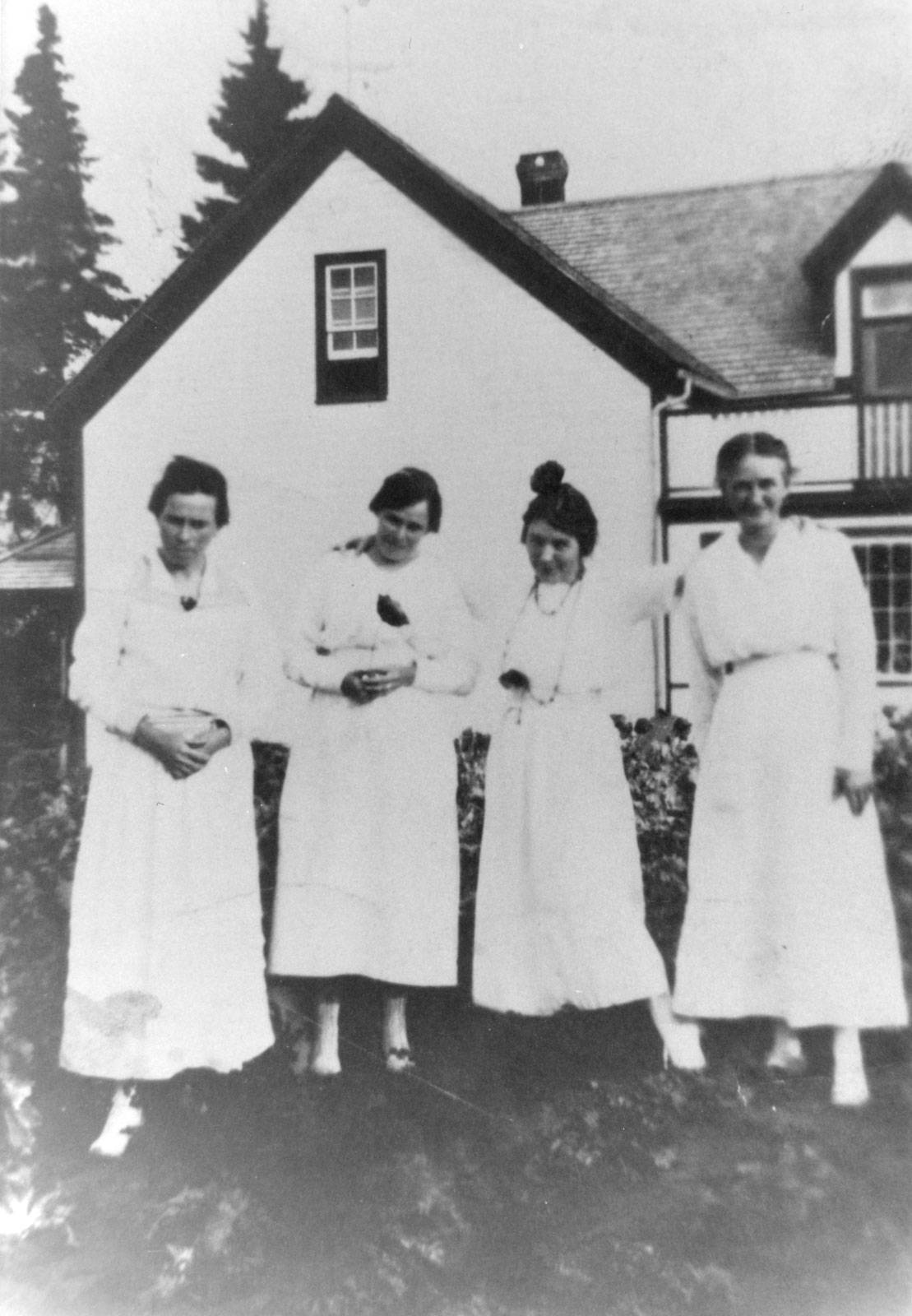 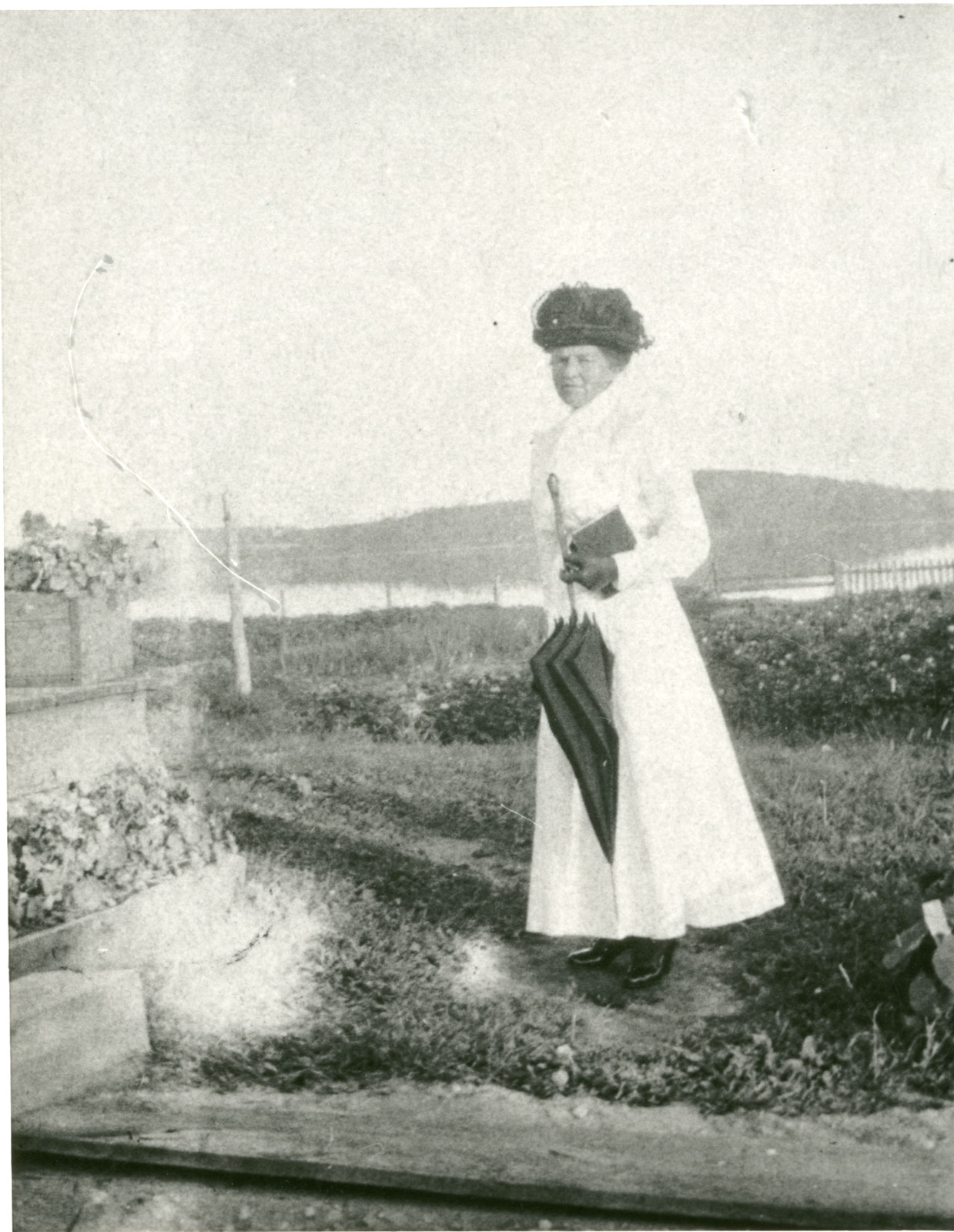 Some communities in northern Ontario were still being settled in the early 1900s. South River began to see homes built in the 1880s and was officially incorporated into a town in 1907 - this virtual exhibit gives you a glimpse at the families and buildings that made up this small community. Many settlers came from European countries and immigrated directly to a rural area to homestead. 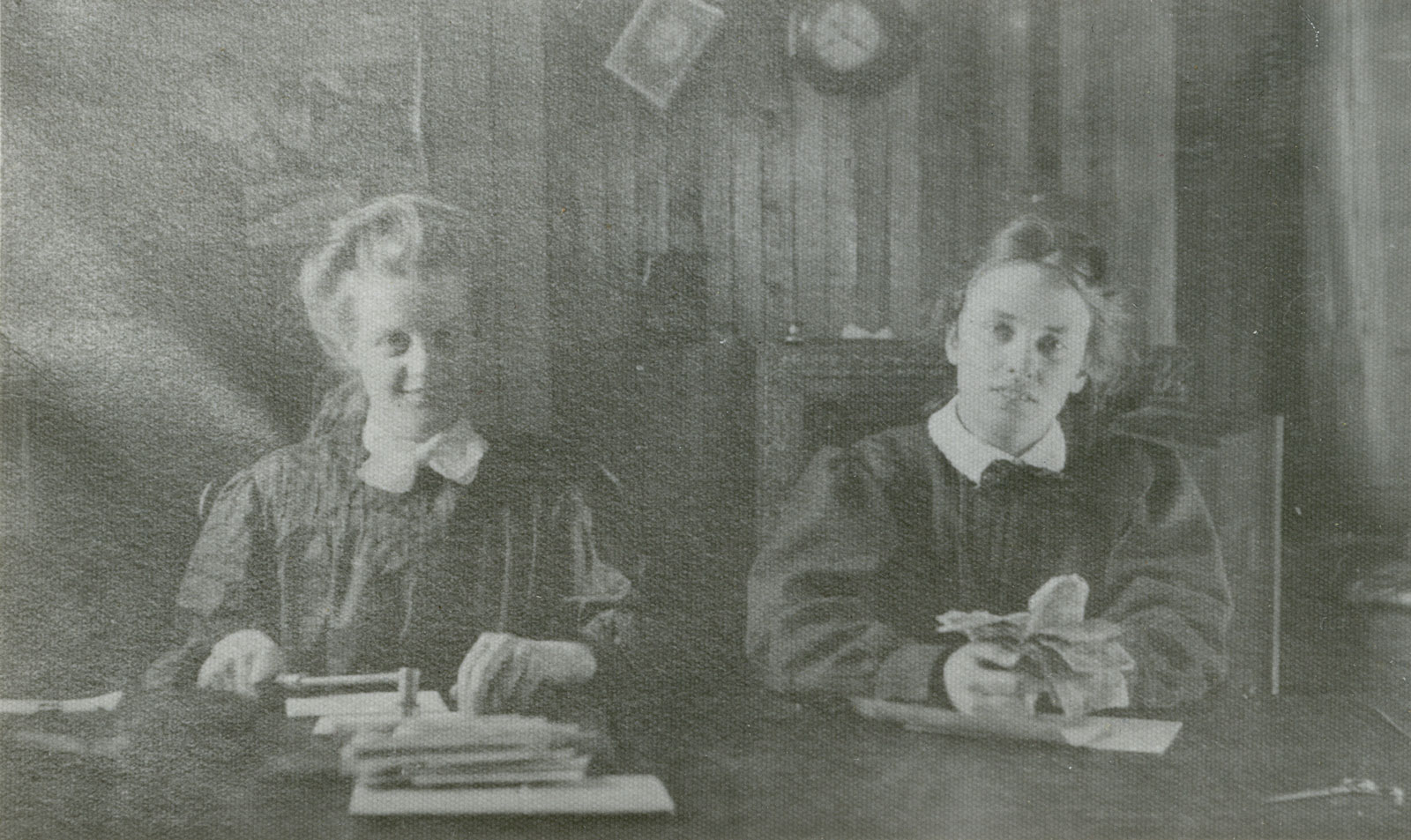 Ena Holditch and her daughter in the reception area of the boardinghouse they owned and ran, circa 1930.
Courtesy the South River - Machar Union Public Library. [Learn More] 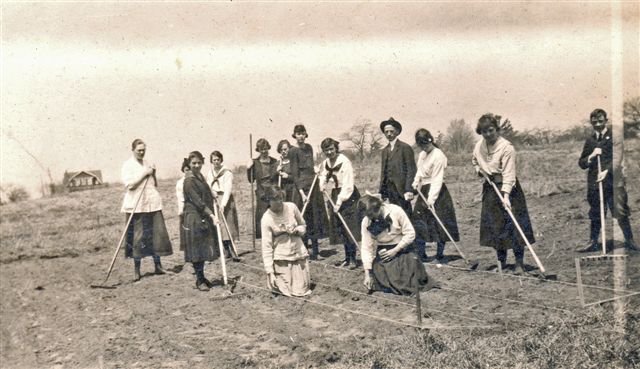 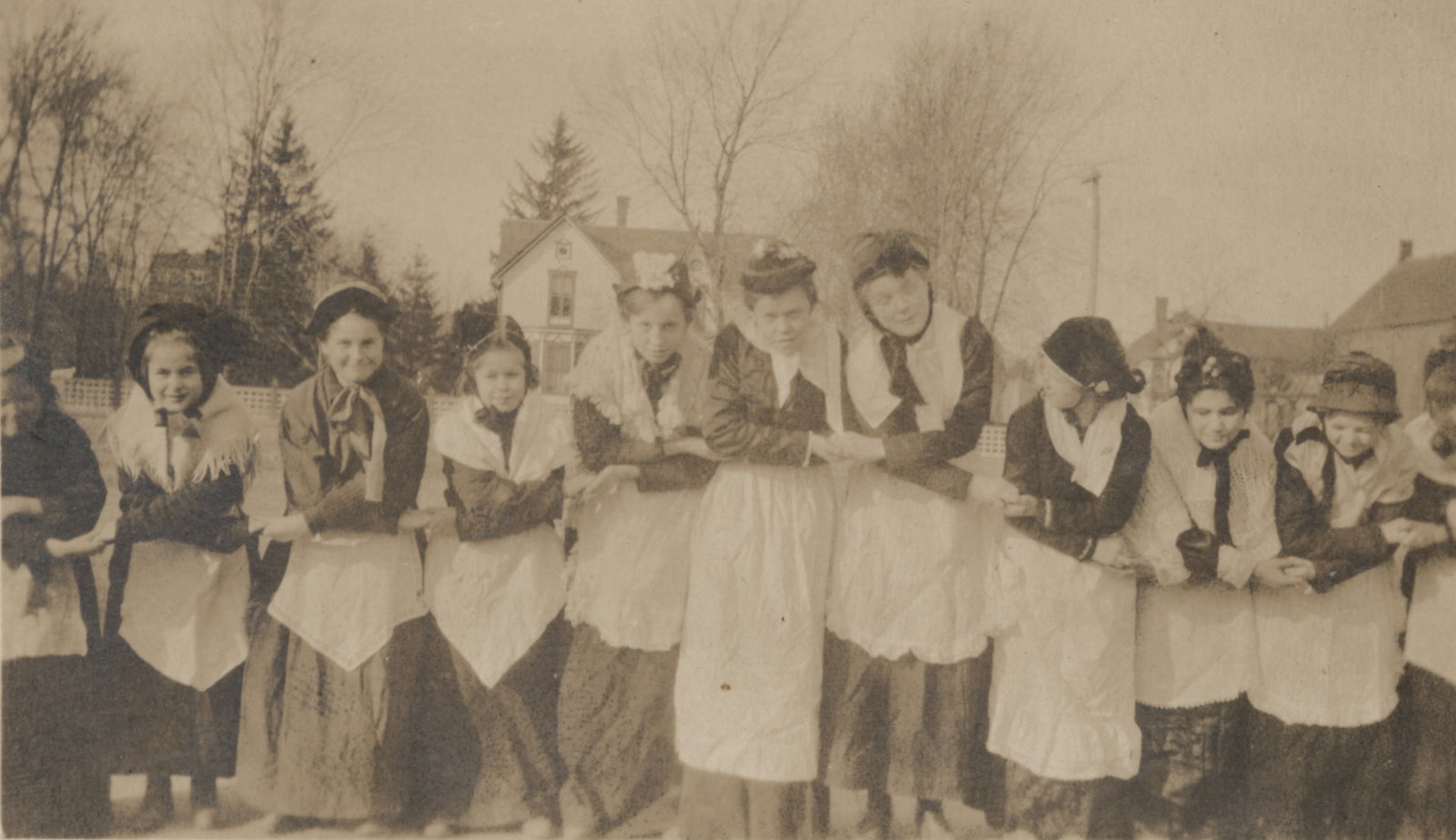 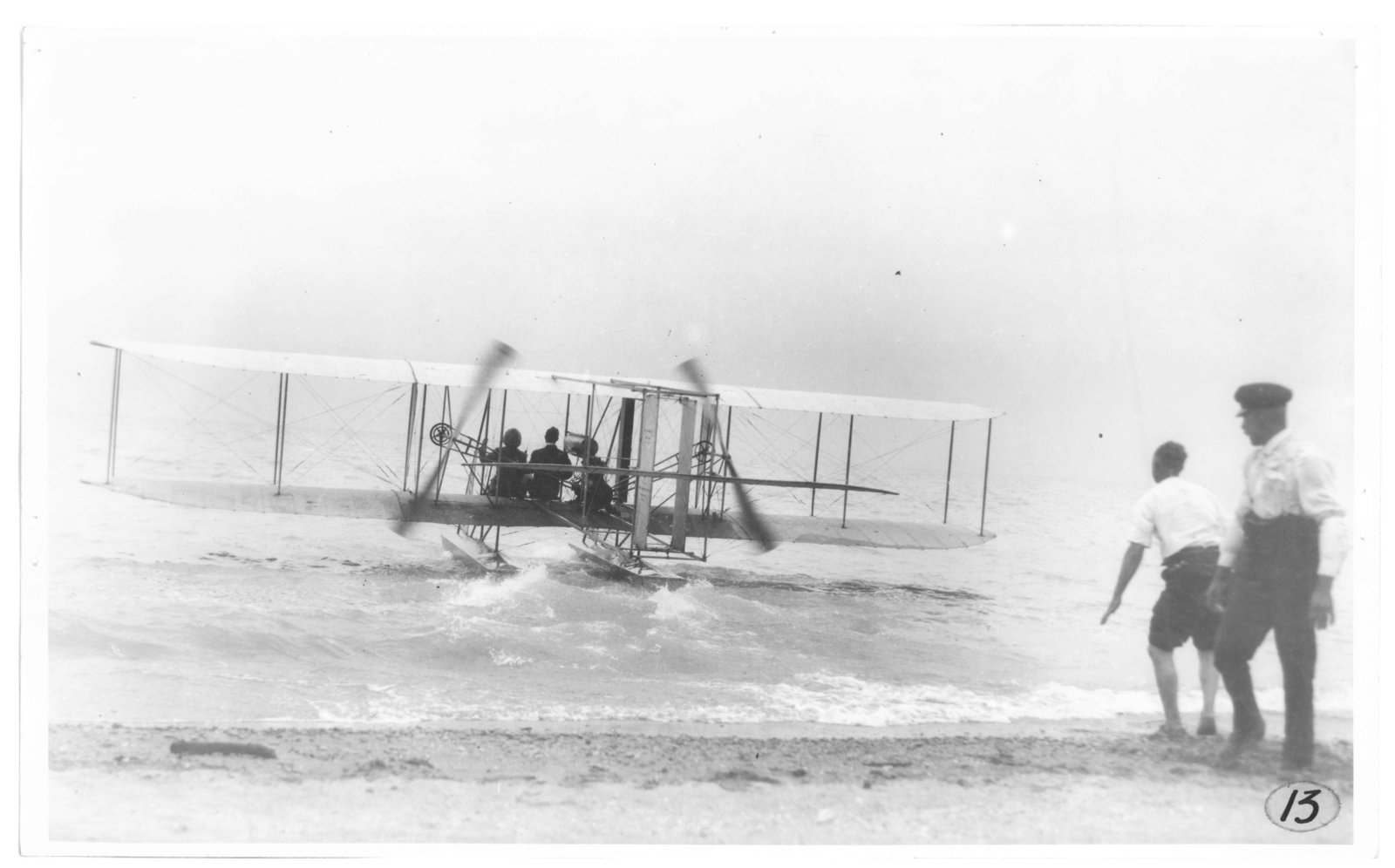 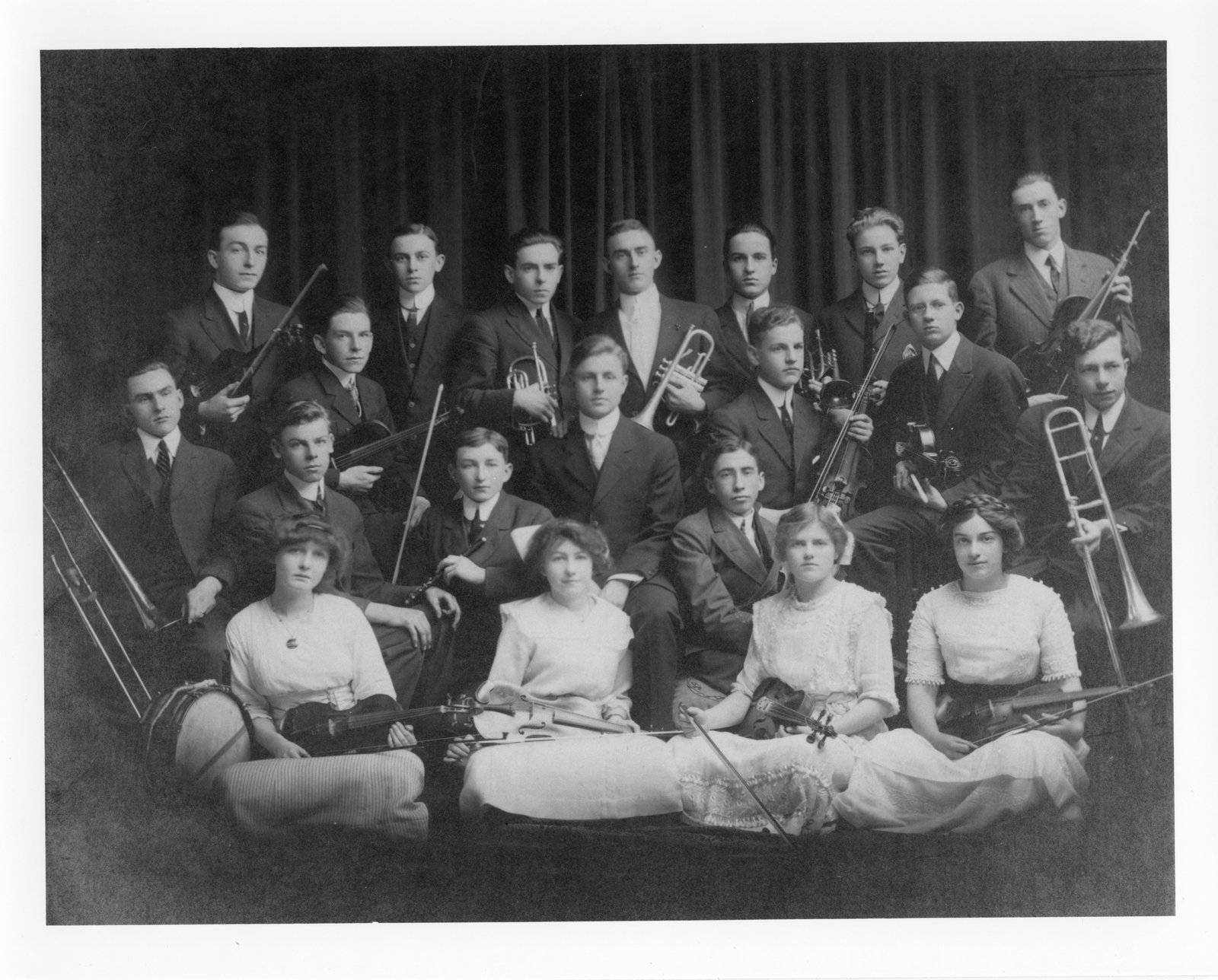 A co-ed group of musicians. The women in the front row play only stringed instruments.
Courtesy the London Public Library. [Learn More]

This video of a barn-raising in 1920, from the Kawartha Lakes Public Library collection, shows a number of women and children joining in on the community event:

Throughout the 20th century, schooling ranged from one-room schoolhouses where children of all ages studied together, to large primary and secondary schools and private schools. To see what students looked like at rural Ontario schools over the years, check out this exhibit from South River, and this exhibit from Sundridge, both from the Almaguin Highlands Digital Collections.

Of course the 20th century also involved women at war. We'll get to that in some of the next few pages. 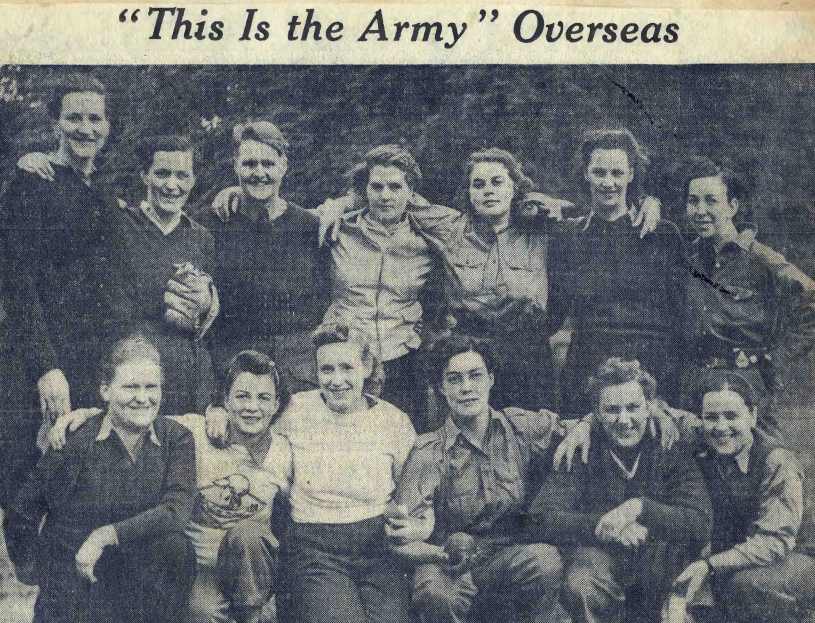