Doctor Saint-Firmin Monestime was born in Port-au-Prince, Haiti, in 1909. He went to medical school and then worked as a doctor specializing in rural medicine, a topic he wrote three books on. Doctor Monestime worked as the medical officer who monitored the route between Haiti and the Dominican Republic, the country on the other side of the island.

In 1937, he was the only doctor available to help the wounded after the Parsley Massacre. This was an attack where Dominican soldiers killed thousands of Haitians living in Dominican territory on the orders of the Dominican dictator Rafael Trujillo. Doctor Monestime was awarded the Haitian Legion of Merit for his service.

Doctor Monestime was motivated by his experiences of violence to begin sharing his thoughts in public. He wrote articles and appeared on radio shows to discuss the massacre and the state of politics in Haiti. Shortly afterwards, he decided to leave his home country and quit his job with the government. Looking for another place to practice medicine, he chose the French-speaking Quebec City.

In 1940, Doctor Monestime moved to Canada. He spent several years learning English, pursuing citizenship, and taking Canadian medical school classes to earn a certification that would be recognized here.

By 1951, Doctor Monestime was ready to start his own medical practice. He had decided to move to Timmins, Ontario, to set up a doctor's office. On the way to Timmins he stopped for lunch in the small town of Mattawa, with a population of around 2,000 people.

By luck, the restaurant Doctor Monestime chose was run by a former patient of his in Quebec City. The restaurateur told the doctor that Mattawa was in need of a local doctor, and that their last medical professional had recently passed away.
"Dr. Monestime thought they were going to challenge him when he entered the restaurant," said historian Doug Mackey.

Doctor Monestime settled in Mattawa and set up his practice. Shortly he was established as a valuable member of the community. In 1953 he married Zena Petschersky, a Russian immigrant who he had met in Ottawa after she had fled communist and Nazi regimes in Europe.

In 1962, Doctor Monestime was elected to the municipal council. In 1963 he was elected mayor, the very first black mayor in Canada. He took a year off, and was then elected again in 1965. He remained mayor until his death in 1977.

He and his wife Zena established a private nursing home in Mattawa that remains operational to this day. They also had four children. In 1975 a township was named after him for his outstanding service to the province; a street in Mattawa is also named "Monestime Way." A Monestime scholarship at the University of Ottawa was established by community members as a tribute, and offers funding to Haitian students or students that graduated from one of the Mattawa schools.

Monestime's daughter Vala remembers him as "a man who laughed, was generous, kind, loved learning and worked long hours. He loved to danced. He loved his family. Thirty five years after his death, people still talk about him and remember him as their doctor, their mayor and their friend."
"He gave this town pride in that a white Canadian community elected a black mayor in the days that their southern neighbor was still persecuting their fellow man, just because he was black!"

On the day of his funeral, attended by the Haitian Ambassador, the town of Mattawa closed up shops and schools and held a day of mourning. 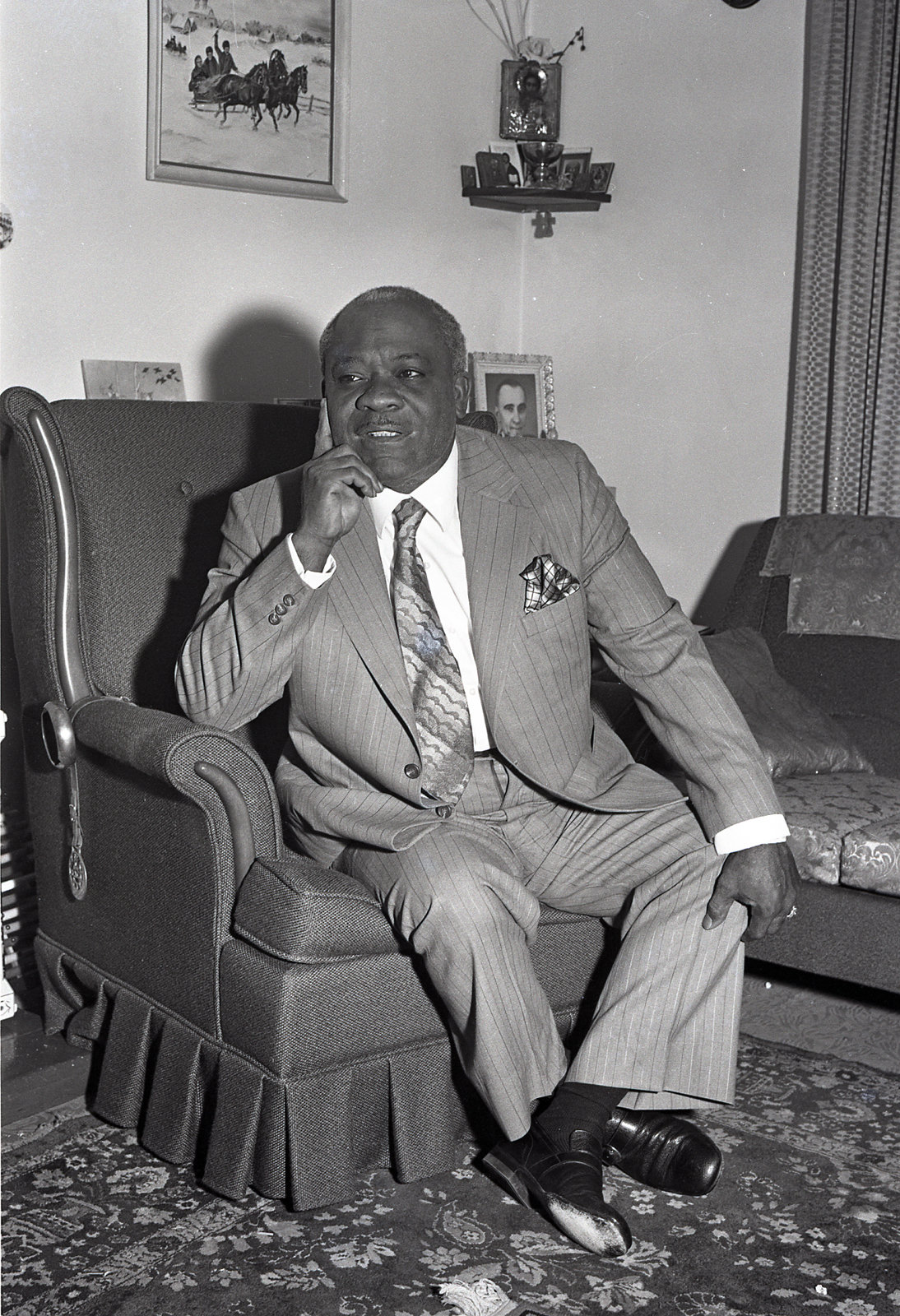