The majority of Ontario internees were men and women without families, who were sent to labour camps. Their work was as varied as:

There are few stories of rebellion and resistance by Japanese workers, but here's one:

At one Niagara farm, Dick Ujiye, who had owned a dry cleaning business in Vancouver, was assigned to drive the fertilizer wagon. He decided that he was no farmer and talked with other Japanese Canadians about moving to the city. The conditions of the Japanese deportation from the B.C. coast, however, prohibited such a move. The RCMP sent an officer who spoke Japanese to check up on the Ujiye family because “they claimed that Dick was an agitator.” The policeman reported Ujiye to the farm owner and he was fired. Now he was in a position to move to Toronto. 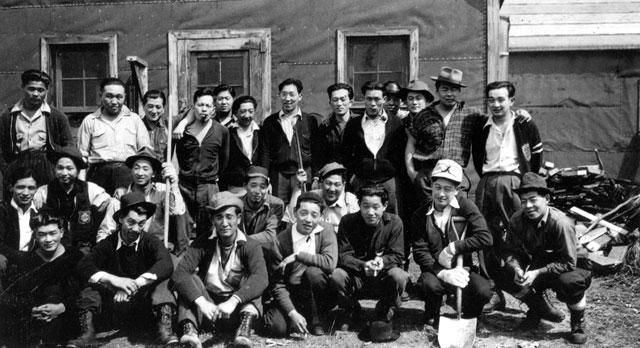 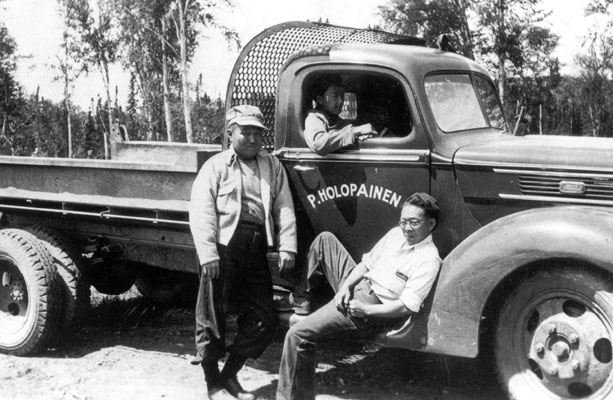 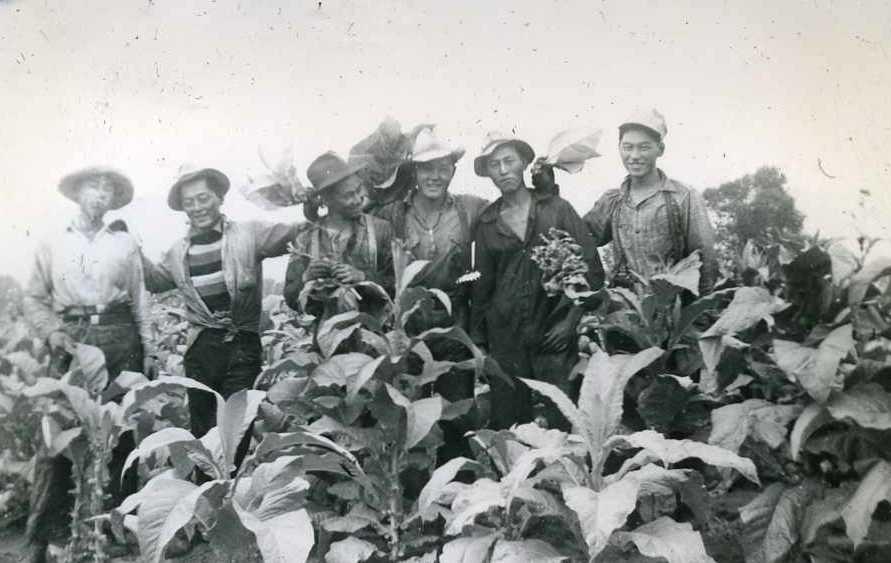 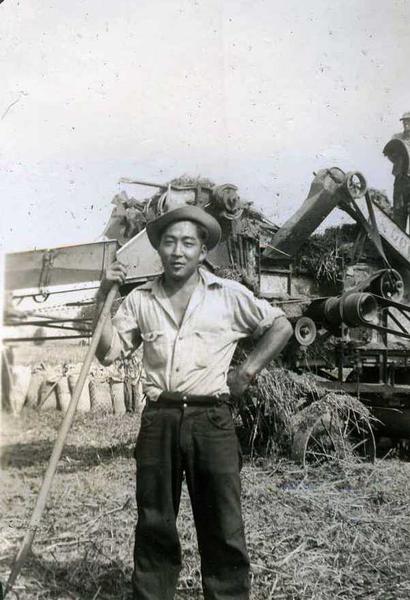 Mas Baba in front of threshing equipment. Courtesy the University of Windsor Leddy Library. [Learn More]
Yon Shimizu, the photographer, is a Japanese-Canadian who was exiled from the west coast of Canada to Ontario during the second World War. In 1942, he worked as a farm labourer with the Ontario Farm Service Force near Glencoe. 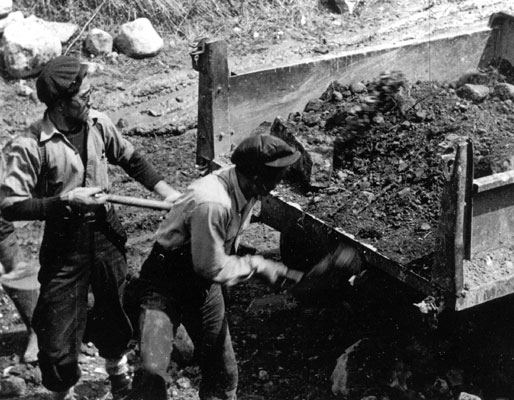 Men at work on the internment camp near Schreiber. Courtesy the Schreiber Public Library. [Learn More]
Back to Exhibits → Previous → Next
Powered by / Alimenté par