She was born in Thunder Bay in 1944 to parents that met there after they were separately relocated from British Columbia. Bev is a sansei, or third-generation Japanese-Canadian - her grandparents were immigrants. In a television interview, Bev talked about her parents' experiences getting off the train in Toronto and then being shuttled off - her father to a beet farm, her mother to northern Ontario. She also remembers her own childhood as the only visible minority in her school and hearing racist jokes made at her expense.

"I was the first Oriental baby born in Thunder Bay," she said, with pride. At the turn of the last century Bev's grandparents left Japan for the prosperity of Vancouver and opened a boarding house. Not speaking any English the duties of accounting and translation fell on Bev's mother, who was twelve at the time. "Sailors would have coupons for accommodation and my mother would organise their stay."
... The government confiscated the family's twenty-two room boarding house and paid them a mere $700.
... "I always had at least three jobs at the same time," she said, smiling. Her father would drop her off at a drycleaners where she worked part-time. After school Bev was a playground supervisor and had summer jobs at the CNE working for the province's tourism bureau.

Bev started her career in radio and television broadcasting, working for TVO, CityTV, CTV, Global, and other major media. She became the Commissioner of the Canadian Radio-Telecommunications Corporation in 1987. She was inducted into the Canadian Association of Broadcasters Hall of Fame in 2003. She ended her broadcasting career in 1999 and moved to Orono, Ontario.

In 2004, Bev ran as a Progressive Conservative in the federal election and won a close race in the Clarington—Scugog—Uxbridge district. She was appointed official critic of the Ministry of Heritage and was a proponent of broadening Canada's media options to include more diversity.

She also put forth a Bill that asked the Canadian government to apologize for historical injustices dealt to Chinese Canadians.

Later in her career she focused on Canada's international aid efforts, and the Muskoka Initiative, a global effort to reduce maternal and infant mortality.

Oda was applauded by some for what she accomplished at CIDA and for carrying out major policy changes and initiatives including the G8's focus on child and maternal health.
That initiative was also controversial because the federal government decided not to give money to aid organizations that support abortion services.
Oda said Canada can be proud of what is known as the Muskoka Initiative and that the government "stepped up" and is helping more mothers and children.
"We didn't shy away from potential controversy and we are making a difference. I can be proud of that and all Canadians can be proud of that," Oda told Solomon.

Under Ms. Oda’s leadership, CIDA fully untied food aid, making it both cheaper and faster to get food to people in need. CIDA also made food security a priority theme for Canada’s aid, and it doubled its investment in agriculture in developing countries—an important increase, since most hungry people in the developing world still depend on agriculture for much of their livelihoods. 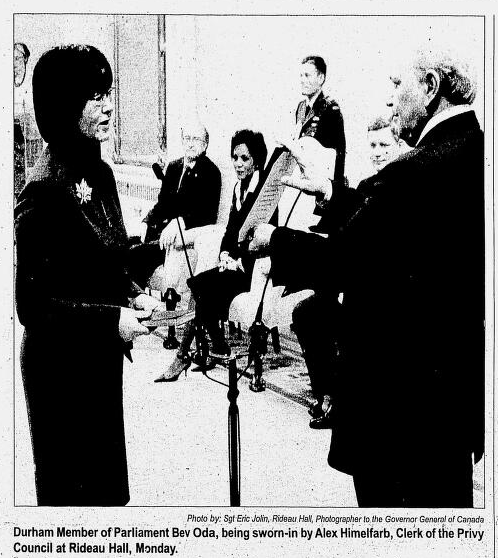 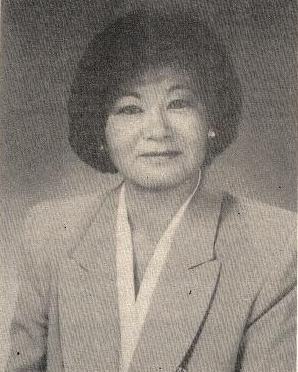 Bev Oda in 2000, profiled as chair of the local hospital's board of trustees, in the Orono Weekly Times. Couresy the Clarington Digital Newspaper Collection. [Learn More]

From the Orono Weekly Times, February 8 2006. Courtesy the Clarington Digital Newspaper Collection. [Learn More]
Back to Exhibits → Previous → Next
Powered by / Alimenté par